WASHINGTON — Museum of the Bible proudly announces a new display celebrating the life of Holocaust hero Corrie ten Boom, a Dutch woman and devout Christian who hid hundreds of Jews and refugees from the Nazis during the Holocaust. The display has been done in partnership with the Billy Graham Evangelistic Association (BGEA).

Corrie and her family saved an estimated 800 lives before they were discovered and arrested by the Gestapo, the Nazi secret police. Corrie and her sister Betsie were sent to Ravensbrück concentration camp, where Betsie eventually died. Corrie’s father and nephew also died during imprisonment during the war. Ten Boom dedicated her life to evangelism and motivational speaking after being released from Ravensbrück concentration camp in December 1944. 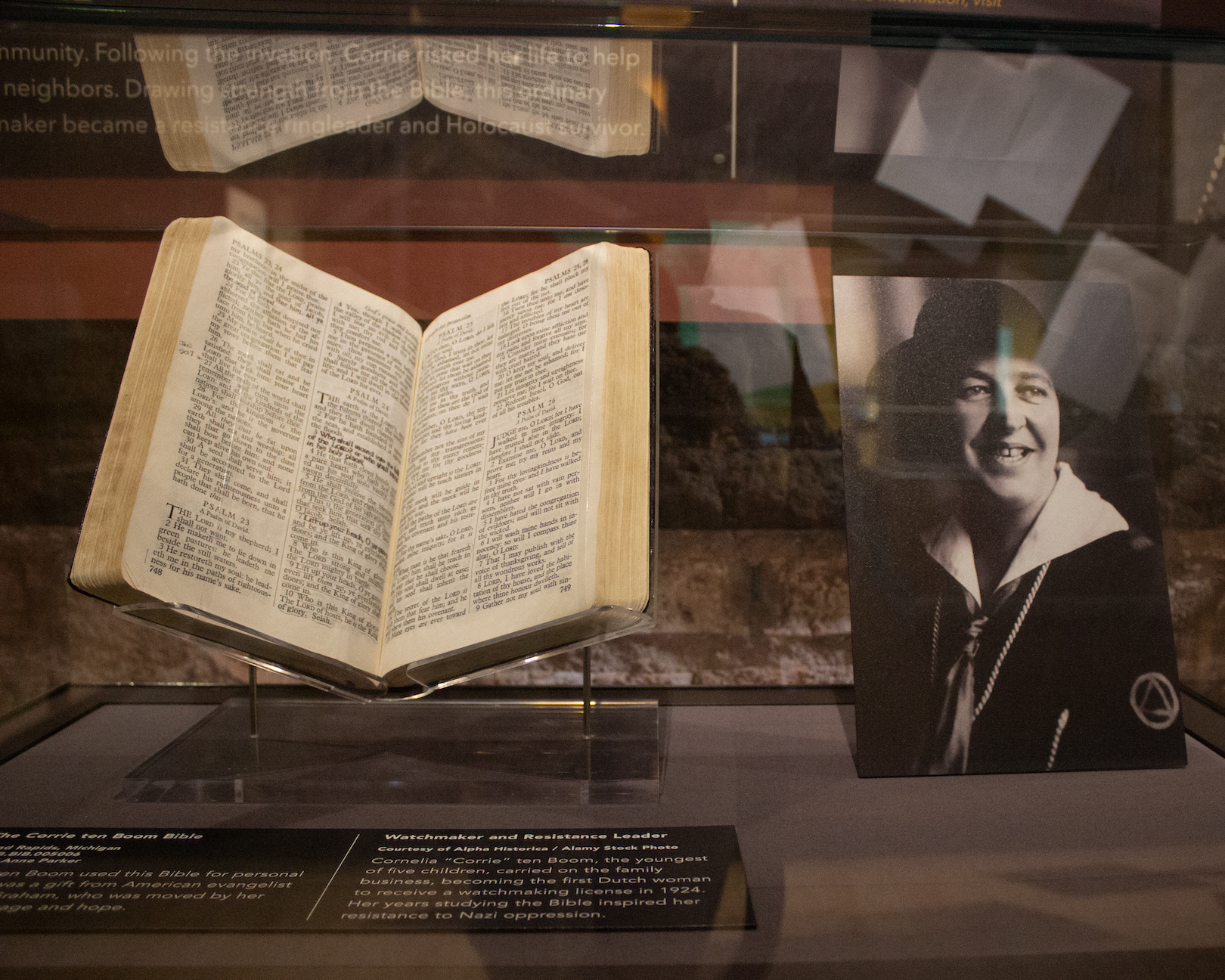 Ten Boom’s personal Bible, a gift she received from American evangelist Billy Graham, was recently donated to the museum’s permanent collection. Also part of the display is her certificate of release from Ravensbrück and items reflecting her work after the war, all on loan from the Billy Graham Library.

Yad Vashem, Jerusalem’s Holocaust Museum, is a memorial to the six million Jews annihilated during World War II. The museum honors the “Righteous Among the Nations,” planting trees to remember individuals who assisted Jews in the Holocaust. Corrie ten Boom is one of those honored.

Her popular book, “The Hiding Place,” tells the story of her life in the camp. Its title refers both to the hidden room in her home used to protect Jews and refugees from the Nazies and also to Psalm 119:114, “You are my hiding place and my shield; I hope in your Word.” Ten Boom shared her testimony of hope as she visited more than 60 countries to spread the gospel.

Museum of the Bible is an innovative, global, educational institution whose purpose is to invite all people to engage with the transformative power of the Bible.


Back to Press Releases
Museum of the Bible
View larger map
© OpenStreetMap.org contributors